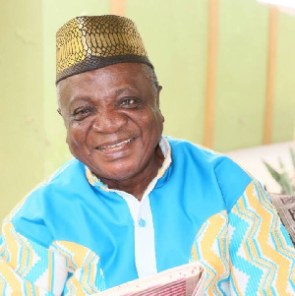 Nana Kwame Ampadu was a Ghanaian musician credited with numerous popular highlife tracks and he is known to have composed not less than 400 songs. He was one time President of MUSIGA and was also the leader of the African Brothers Band, formed in 1963.

Nana Kwame Ampadu was born to Opanyin Kwame Ampadu, the then head of the Asona clan of Obo Kwahu in the Eastern Region of Ghana, and madam Mercy Afua Ntiriwaa, a stanch presbyter also of Obo Kwahu. He was born at Obo Kwahu on 31st March 1945 and was named Kwame Ampadu after his father.

In choosing a name for the band, all members were opted to write a name so that the most resounding could be chosen and registered. One of the Bandsmen, K. Ofori who was much older wrote African Brothers Band. All unanimously accepted this name after K. Ofori defended it by acknowledging that as the then President of Ghana, Osagyefo Dr. Kwame Nkrumah was pivoting the formation of the Organisation of African Unity (O.A.U) the name African Brothers Band could play a supportive part in Osagyefo’s aspirations as brotherliness and oneness for Africa.

So, the African Brothers Band was formed and Nana Ampadu was chosen the leader, but because of his cute and small figure, K. Ofori was asked to act for him temporarily. 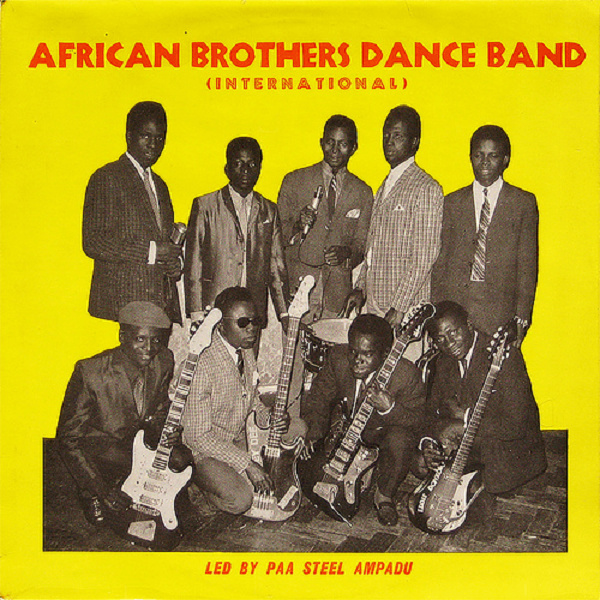 Unfortunately, or fortunately K. Ofori, a driver by profession then left the group. Nana Ampadu was therefore encouraged to take full responsibility as the bandleader. This was effected before the inauguration where Nana Nyarko, former bass singer of Yamoah’s band joined the group. He was made the patron/manager of the band and it was through his relentless efforts and great experience that the group had some Kwahu businessmen to sympathize with the group and made the inauguration ceremony a great success.

Later in 1964, Joe Dee a.k.a Kwabena Appiah and Kofi Oppong Kyekyeku joined the group as a string bass player and a tenor singer respectively. All the members were teenagers at that time and so, nobody dared give them regards as to their potential abilities, because in those days only grown-up men were seen and recognized as musicians. The only places the group could be engaged were in the small-spaced beer bars, and Moslem wedding engagements known as “SUNNA” and at times funeral engagements which in most cases they played for free to advertise their presence and capabilities, where they relied on the coins that funeral attendants gave them in appreciation. 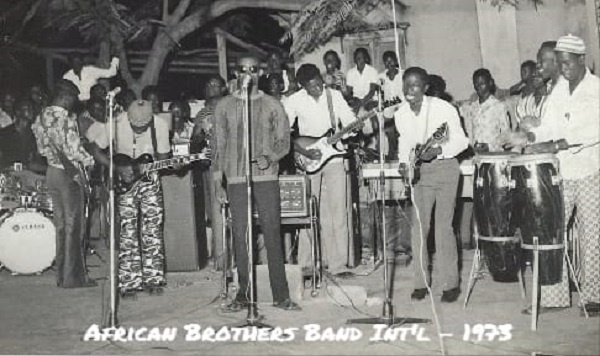 One unusual but significant thing about this teenager’s group was that they mostly played their own compositions at their engagements to the awe and admiration of their audience; and people wondered how this unusual thing could be done, only by such ‘Small Boys’.

In 1965 and 1966, the group saw the exit of Yaw Asante, Yaw Owusu and Kwame Anim. One Agyeman was welcomed as a drummer. He was however a grown-up person in his early thirties. This was after the band had recorded its maiden 45 R.P.M singles on the 14th day of November 1966 at the Ghana Film Industries Corporation in Accra under the label of Phillips West Africa Ltd. Publishers of Music. Two songs were recorded on that day: Agyanka Dabere and Suminaso Ntonko.

After the release of this 45 R.P.M hit, the African Brothers Band became the sensation of the time. People were yearning to see those musicians, thinking they were adults like the age group of EK’s, Kakaiku’s, Onyina’s, K Gyasi’s bands. Producers and publishers craved to sign them on but Ampadu wanted to remain with Phillips West Africa Ltd. 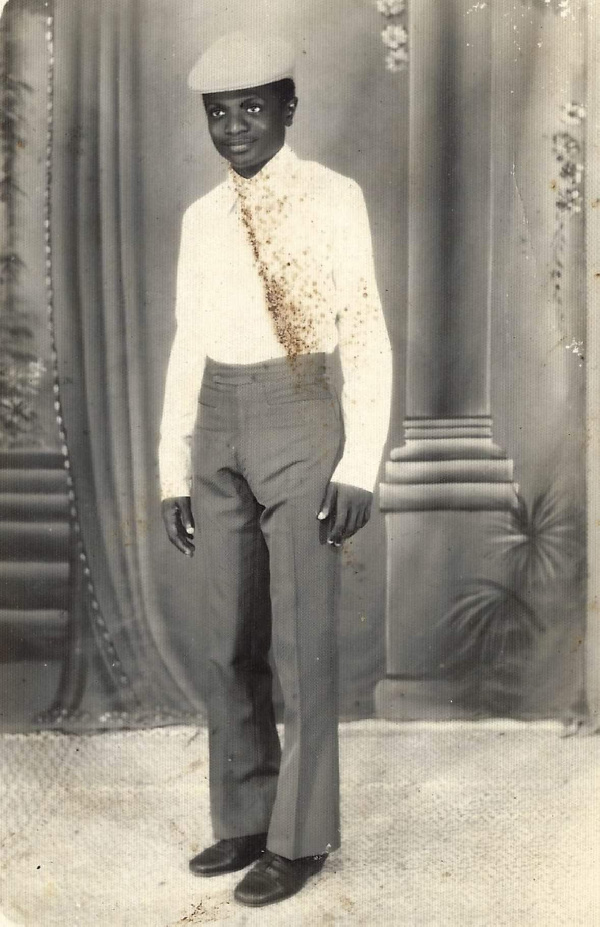 In 1967, Phillips West Africa recorded six songs with the African Brothers Band. Because the company was convinced that the Band was potentially good for recordings as their maiden recording caught on well with the public. In the same year, the director of the Ambassador records Manufacturing Company, Mr. A.K. BADU contracted with the group and recorded eight (8) songs with them. In the same year when the band was based in Kumasi, the G.F.I.C also contracted the group to record sixteen (16) songs.

All this while Nana Kwame Ampadu did not take delight in entering any perpetual contract with any company or individual. The African Brothers had the songs and were ready to record for any company or individual who was interested. It was in 1967 that the band gained accelerating popularity as they had released some sensational catchy songs like OKWADUO, EBI TE YIE, NKRAN ABRABO, KAE WO WUDAMU, and MANOMAA NUA etc. 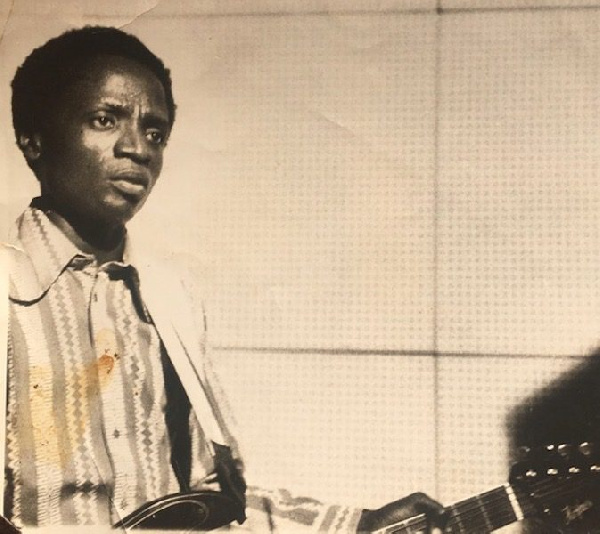 Producers tried to entice the group with set of musical instruments and the luckiest of them all was D.K. Nyarko, of Obuaba Labels who later opened more labels, Happy Bird, Adwana and D.K.N.

From 1968, the African Brothers band became the “BEETLES” of Ghana. They were so popular that people formed cues to buy their records at the shops. At concert theaters and dance halls too, the crowd was so thick that confusion broke many times to disrupt performances.

The greatest national award was the one conferred on the leader Nana Kwame Ampadu as ‘Nwontofohene Nana Kwame Ampadu 1’ in 1973, February 10 and the Grand Medal of the Volta Civil Division Award in 1997 on Ghana’s 40th Independence anniversary by the President, his excellency Flt. JJ Rawlings. 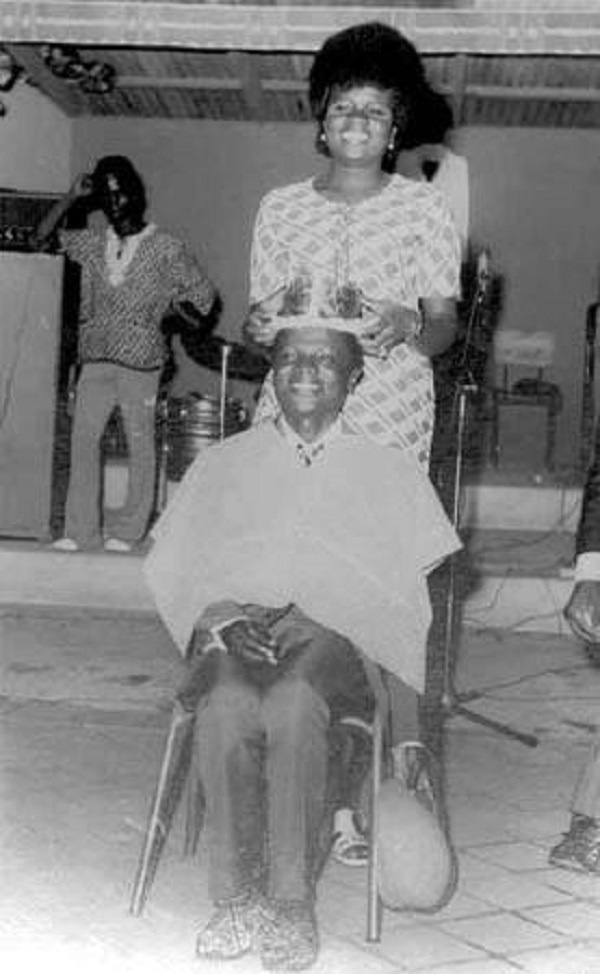 In 1998 he publicly declared his foray into evangelism and dedication of his life to the service of God.

Nwontofohene Nana Ampadu died on Tuesday, September 28, 2021 at the Legon Hospital in Accra where he was receiving treatment for an illness. He passed on aged 76.