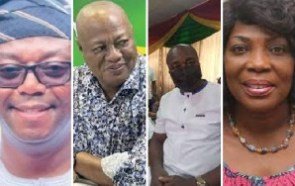 The four MCEs confirmed so far

• Four MCEs have been confirmed so far

• The four will be in charge of Tema, Tamale, Accra and Kumasi Metropolitan Assemblies

Four out of six Metropolitan Chief Executives (MCEs) have been confirmed so far to assist President Nana Addo Dankwa Akufo-Addo at the local government level during his second term.

The four Metropolitan Assemblies that have confirmed their nominees include; Tema Metro, Tamale Metro, Accra Metro, and Kumasi Metro.

Per GhanaWeb count, the four are newly appointed MCEs to the Metropolitan Assemblies.

This was in accordance with the Local Government Act which requires that the President nominates a candidate for the position and the nominee must secure the yes vote of at least two-thirds of assembly members present.

Even though the TMA has 31 Assembly members made up of 21 elected and ten government appointees, two of the members did not show up and one voted no.

The election was conducted by the Electoral Commission.

He secured 40 votes out of the 57 valid votes representing 68 percent.

Sule Salifu in his address, urged all assembly members to eschew their political and parochial interest and put the development agenda of the Tamale Metropolis first.

Samuel Pyne, the President’s nominee for the Kumasi Metropolitan Assembly (KMA), was confirmed by Assembly Members as the Chief Executive Officer.

Out of the 58 persons who voted, 55 of them voted yes, while three persons voted no.

Sam Pyne, as known popularly, will take over from Osei Assibey-Antwi who occupied the position from 2017.

The Assembly Members had earlier threatened to reject the nominee unless the government cleared a GH¢50 million debt the assembly owed.

But they later backed down on their decision following assurances from President Akufo-Addo and the Ashanti Regional Minister, Simon Osei Mensah.

The only female nominee among the MCEs, Elizabeth Naa Kwatsoe Sackey, has been confirmed as the Metropolitan Chief Executive (MCE) for the Accra Metropolitan Assembly (AMA).

33 assembly members of the AMA voted ‘Yes’ to confirm her nomination for the position.

Madam Elizabeth Sackey’s name was on the list of Metropolitan, Municipal, and District Chief Executives released by the Minister for Local Government, Dan Botwe on Sunday, September 19, 2021.

The Cape Coast MCE has failed to secure two-thirds of the votes of the assembly to earn a confirmation.

Having failed the two-thirds test about a week ago, the expectation was that this time, he was going to secure 44 votes to make him sail through but that was never to happen. He was four votes shy this time around.

Abdul Mumin Issah, the nominee for the position of Sekondi-Takoradi Metropolitan Chief Executive is yet to be confirmed by the assembly members of STMA.

Issah, who is the current MCE, is to secure two-thirds of the votes of the assembly to earn a confirmation.

Already, some assembly members have threatened to demonstrate and vote him to become the Metropolitan Chief Executive.

A local radio station, Skyy Power FM, is reporting that one assembly member for Asemasido electoral area, Ousman Ibrahim, is alleging that, there will be no elections for assembly members to express their rights whether to reject or approve his appointment.

Ibrahim explained that what the assembly members are demanding from the MCE is to put them in charge of all the public toilets in their community else he will not be approved.