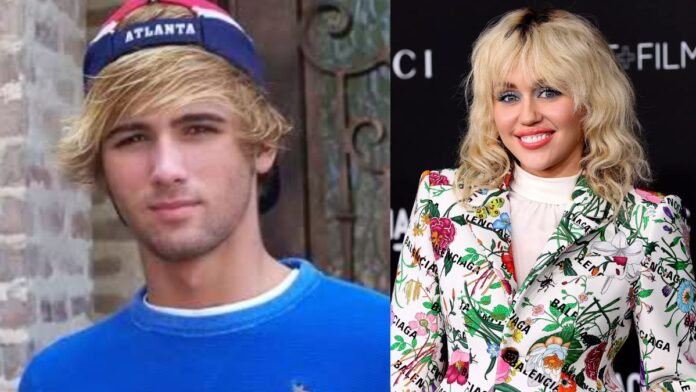 Although Christopher Cody doesn’t have the well-known Cyrus name, he is connected to Miley Cyrus, the pop singer. In actuality, the siblings had the same year of birth. View information about her little-known sibling.

In the music and entertainment industries of today, she is a well-known celebrity.

Because of Billy Ray Cyrus, a well-known and highly appreciated performer, the Cyrus family is well-known in the general public.

The father of Miley Cyrus, Christopher Cody, and their other siblings is Billy Ray Cyrus.
Aside from Christopher Cody, all of Billy Rag Cyrus’ children are famous.
Considering that the Cyrus family is thought to have a musical heritage, it is incredibly shocking to be left out.

People have questioned why only one Cyrus family member has stayed unnoticed for a long time.

Billy Ray Cyrus and waitress Kristin Luckey welcomed Christopher Cody into the world on April 8, 1992, in South Carolina.
Before he was even born, his parents had already divorced, and his father had already become pregnant with Miley Cyrus’s new lover, Tish.

Billy Cyrus found comfort in a South Carolina waitress named Kristin Luckey as he dealt with the effects of his divorce from Cindy.
This occurred in 1991.

As a result, a connection developed, which led to a pregnancy.
At that time, Kristin Luckey was expecting a kid.
Trish Finley, who was also expecting, was Billy’s other pregnant girlfriend at the time.
1992 also saw the success of Billy’s most recent single, “Archy Breaky Heart.”

All his siblings are in the entertainment industry. His Siblings with names; Brandi, Noah, Trace, and Miley are also famous actors and musicians in America. Braison is a model.

Growing up in South Carolina, Christopher attended Myrtle Beach Intermediate School.
The following year, he attended in Forest Brook Middle School before finishing his undergraduate studies at the University of Texas.

According to his LinkedIn profile, he just started working as a Litigation Associate at Wheeler Trigg O’Donnell LLP.

Before joining Wheeler Trigg O’Donnell LLP, he was employed by Baker Botts L.L.P. from September 2019 to April 2021.
Before that, he served as a legal assistant to the Honorable Marina Garcia Marmolejo of the United States District Court for the Southern District of Texas.

Cody has served as the articles editor at the Texas Law Review and a two-month summer associate at Andrews Kurth.

Life and Career of Christopher Cody

One person who is perceived as not enjoying all the benefits that come with having a famous father is Christopher Cody.
Nobody has reported that he received any unique gifts from the family patriarch.

Like, for Miley’s 16th birthday, Billy Ray gave her a fully functional recording studio, which was a massive surprise for the beautiful girl. Cody will feel quite sorry after learning about this and other details.

In one of his interviews, Cody claimed that although he gets along well with his family, they don’t communicate.
People have said that his aloof behavior results from the possibility of not receiving as much affection as he expected.

Net Worth of Christopher Cody

Despite having practically all of his wealth gained through his legal career, Christopher Cody’s net worth is mostly unknown.

His father’s net worth is thought to be over $20 million, and that of Miley Cyrus, his sister, is said to be around $160 million.

Lift Operator Needed at Winter Seasonal in the US