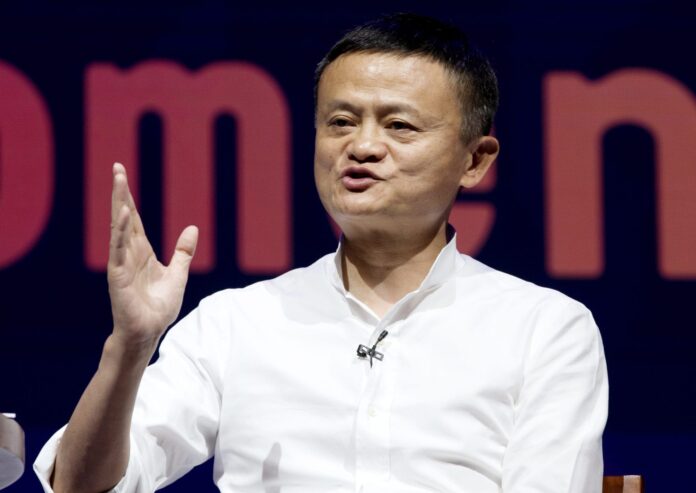 Jack Ma Yun is a Chinese business magnate, investor, and philanthropist.
He co-founded and was CEO of Alibaba Group, a tech conglomerate.
He co-founded the Chinese private equity firm Yunfeng Capital.
Ma supports a market-based economy.
In August 2014, according to the Bloomberg Billionaires Index, Jack Ma had a net worth of US$21.8 billion, making him the wealthiest man in China.
Fortune’s 2017 “World’s 50 Greatest Leaders” list ranked Ma second.
He’s considered an informal global ambassador for Chinese business and an influential start-up figure.
In September 2018, he announced he would retire from Alibaba to pursue education, philanthropy, and environmental causes.
Daniel Zhang became executive chairman the following year.
As of March 2022, Ma is the fifth-wealthiest person in China (after Zhong Shanshan, Ma Huateng, Zeng Yun, and Zhang Yiming) and the 35th-wealthiest person in the world, according to Bloomberg Billionaires Index.
Forbes named Ma one of “Asia’s 2019 Heroes of Philanthropy” for his work in China, Africa, Australia, and the Middle East.
Jack Ma ranked 26th on Forbes’ 2021 Global Rich List with $48.5 billion.

Ma Yun was born on September 10, 1964, in Hangzhou, Zhejiang, China.
He learned English by talking to English speakers at Hangzhou International Hotel.
Jack Ma’s grandfather was a wartime guard.
At 12, Jack Ma bought a pocket radio and began listening to English daily.
Jack Ma was forced to transfer at age 13 because of too many fights.
Ma Yun failed her first college entrance exam in 1982.
Math was his weakest subject.
Ma Yun was angry.
He and his cousin then applied for waiter jobs at a hotel.
His cousin was hired, but he wasn’t.
The boss said Ma Yun was thin, short, and ugly.
Jack Ma became a secretary and porter.
Ma Yun failed the college entrance exam, so his father, Malay Fa, asked him to send three books to a magazine.
He took two years to enter an ordinary high school and scored 31 in math.
Ma rode his bike for nine years to give tourists tours of the area and practice his English.
One foreigner nicknamed him “Jack” because he couldn’t pronounce his Chinese name.
In 1983, Ma Yun retook the college entrance exam and again failed, but his math improved to 19 points.
Ma Yun’s parents persuaded him to forgo college and pursue his art.
Ma Yun rode his worn-out bike through Hangzhou’s streets and alleys.
Ma Yun retook the college entrance exam in 1984 despite his family’s opposition.
He scored 89 on the math test, but the undergraduates were still 5 points apart.
Since the English eligibility target isn’t met, some excellent students can be promoted.
Hangzhou Normal University promoted Ma Yun to a language major.
Jack Ma was a good student in college and ranked in the top five in a foreign language for his English.
Jack Ma later served as chairman of the Hangzhou Federation of Students for two terms.
Ma struggled in college.
Ma failed the Hangzhou Teachers College math exam twice.
Ma took three years to pass the Chinese entrance exams.
Ma graduated in 1988 with a BA in English from Hangzhou Teacher’s Institute (now Hangzhou Normal University).
Ma was the school president.
He taught English and international trade at Hangzhou Dianzi University after graduation.
He applied to Harvard Business School ten times and was rejected each time.

According to Ma’s autobiographical speech, he applied for 31 odd jobs after graduating from Hangzhou Normal University in 1988.
“KFC said ‘you’re no good’ when I applied,” Ma told Charlie Rose.
“My city even had KFC. 24 people applied. Accepted 23. Only I was rejected.”
This was the first decade of Deng Xiaoping’s economic reform.
Ma learned about the Internet in 1994 and founded Hangzhou Haibo Translation Agency.
In 1995, he traveled to the U.S. with colleagues who had introduced him to the Internet.
He was surprised to find no information on Chinese beer.
Again, he was surprised to find no general China information.
He and his friend made an “ugly” China website.
By 12:30 PM, he’d received emails from Chinese investors interested in him.
Ma then realized the Internet’s potential.
Ma and He Yibing (a computer teacher) opened China Pages in April 1995.
In 1995, they registered chinapages.com in the U.S.
The company made 5,000,000 Renminbi (US$800,000) in three years.
Alibaba received $25 million from Goldman Sachs and Softbank in 1999 and 2000.
The program aimed to improve the domestic e-commerce market and perfect a platform for Chinese enterprises, especially SMEs, to address WTO challenges. Three years later, Alibaba was profitable. Ma founded Taobao Marketplace, Alipay, Ali Mama, and Lynx in 2003 to improve global ecommerce. eBay offered to buy Taobao after its rise. Ma rejected their offer and got a $1 billion investment from Jerry Yang.
Alibaba Group is a holding company with nine subsidiaries: Alibaba.com, Taobao Marketplace, Tmall, eTao, Alibaba Cloud Computing, Juhuasuan, 1688.com, AliExpress.com, and Alipay.
Alibaba’s online transactions topped 1 trillion yuan in November 2012.
Ma resigned as Alibaba’s CEO on May 10, 2013, but remained executive chairman.
Ma owns Bordeaux’s Château de Sours, Côtes de Bourg’s Chateau Guerry, and Blaye’s Château Perenne.
Ma met with President-elect Trump on January 9, 2017, at Trump Tower to discuss Alibaba’s business interests in the U.S. Ma performed a Michael-Jackson- inspired dance on September 8, 2017, to celebrate Alibaba’s 18th anniversary.
He sang “Can You Feel the Love Tonight” as a heavy metal singer at Alibaba’s 2009 birthday party.
Ma also partnered with Sir Li Ka-shing to offer a digital wallet service in Hong Kong.
Ma announced on September 10 that he would step down as Alibaba Group Holding executive chairman next year.
Ma denied reports that the Chinese government forced him to step down and said he wanted to focus on philanthropy. Alibaba’s executive chairman is Daniel Zhan. Ma left Alibaba’s board in 2020.

Ma’s acting debut was 2017’s Gong Shou Dao.
It was filmed for Double 11 Singles’ Day.
In the same year, he performed at Alibaba’s 18th-anniversary party and a singing festival.
In November 2020, Ma was replaced as a judge on Africa’s Business Heroes by Alibaba executive Peng Lei “due to a schedule conflict.”

8 Steps On How To Get Scholarship To Study In UK